Something miraculous is happening today in Israel – after almost 2,000 years, it is now Jews & Arabs who are turning to Yeshua (Jesus) sharing the gospel with their own people in their own language!

There’s a powerful awakening happening in Israel today, with millions hearing the Gospel with our media outreach programs. Also through our Bible College we are training up pastors and equipping ministry leaders for the Harvest.

So join with us as we see awakening come to Israel and the nations and become ONE FOR ISRAEL!

Help us spread the word by sharing this video!

Satan’s influence isn’t always obvious. The father of lies is incredibly subtle. Among other things, he has infiltrated the Church and changed the message of the gospel.

In this video Ray Comfort and Kirk Cameron talk about this murderer and the influence he has in people’s lives.

Watch the full story of Tristan; when Ray first talked with him, he was an ex-atheist turned agnostic, and a month later was a complete believer in God!

Visit https://www.LivingWaters.com to view more free Christian videos, articles, and to get tracts and other resources by Ray Comfort and the Living Waters team.

One of Israel’s Basic Laws, the 1980 Jerusalem Law, refers
to Jerusalem as the country’s undivided capital.

As I continue my pilgrimage to Jerusalem next month I would like to share with you some information about Israel.

Some facts about Israel:

The Uniqueness Of Israel:

D. Lion of the tribe of Judah = Jesus—Eternally identified with the Jews (Rev. 5:5);
E. Salvation is of the Jews (John 4:22);
F. Their whole history is foretold in prophecy:

Our debt to Israel:

As Christians, we need to acknowledge our unfathomable debt to Israel and to always pray on the basis of that total indebtedness. The identification of Jesus with the Jewish people was not just for the few years of His earthly life and ministry. It is eternal.

Enjoy the following teaching of one of the best Biblical scholars of our time: Dr. Derek Prince. 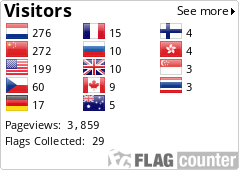